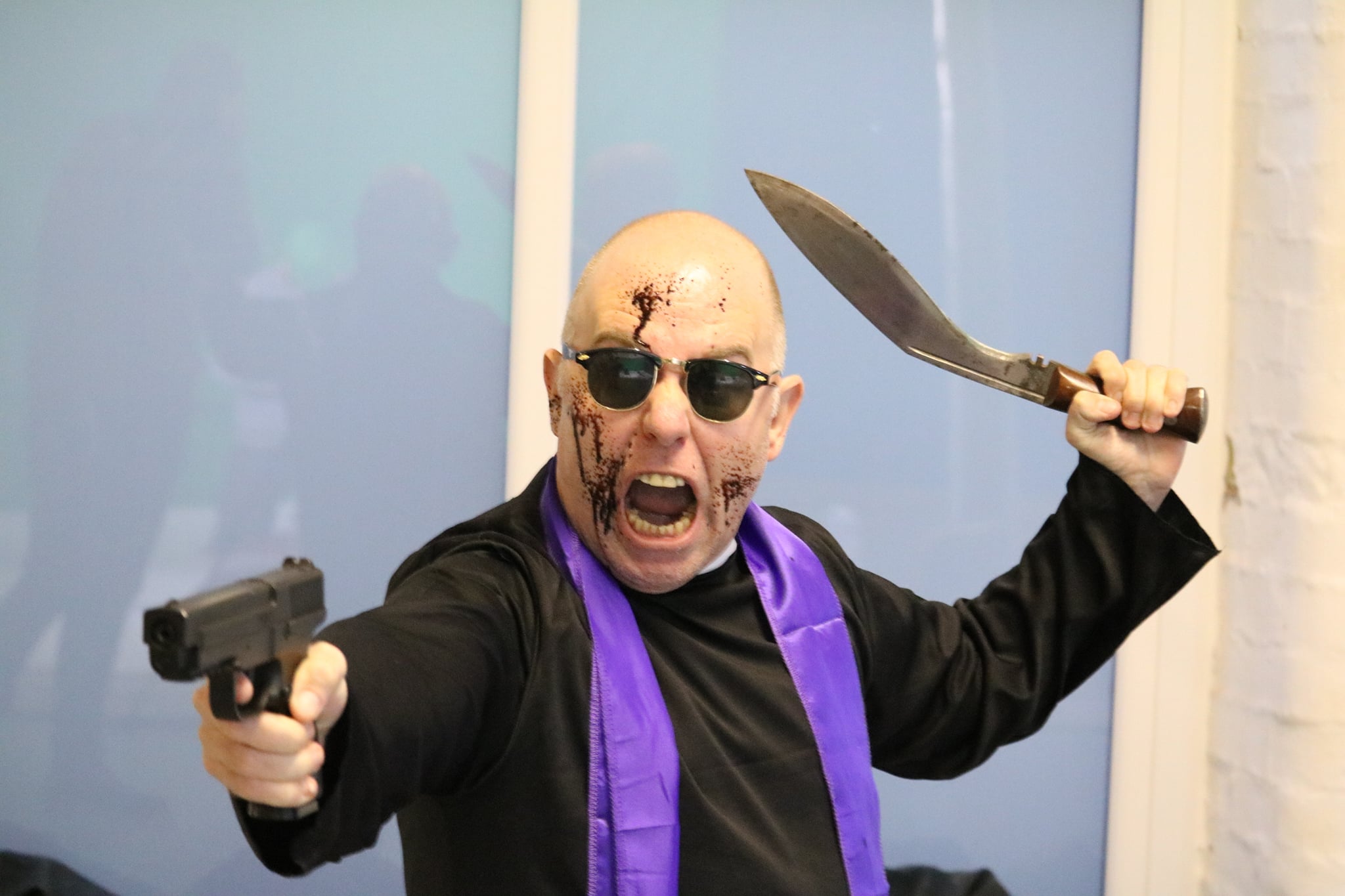 As a Super 8mm camera expert for hire its been a busy few weeks as I’ve been shooting some Super 8mm segments for a low budget feature film called ‘When the Earth gives up the Dead’ which is due out later in the year.

The film doesn’t just feature Super8mm footage – there is also some Super 8mm used in some of the scenes as part of the story.

As a Super 8mm camera expert for hire this is exactly the kind of project where my skills and equipment proved so useful.

There was Super 8mm footage shot as part of the story, but also this footage (shot in the scene) needed to be developed and post produced and included in the final film as part of the main edit (and plot of the movie).

There was also a Super 8mm film projected and used (in the scene) and the projector needed to be set up correctly and operate well.

I even showed the actors how to operate the equipment simply, so they could use it as part of the scene and not have the technical side so complicated that if affected their performance.

I provided cameras and the projector used by the production.