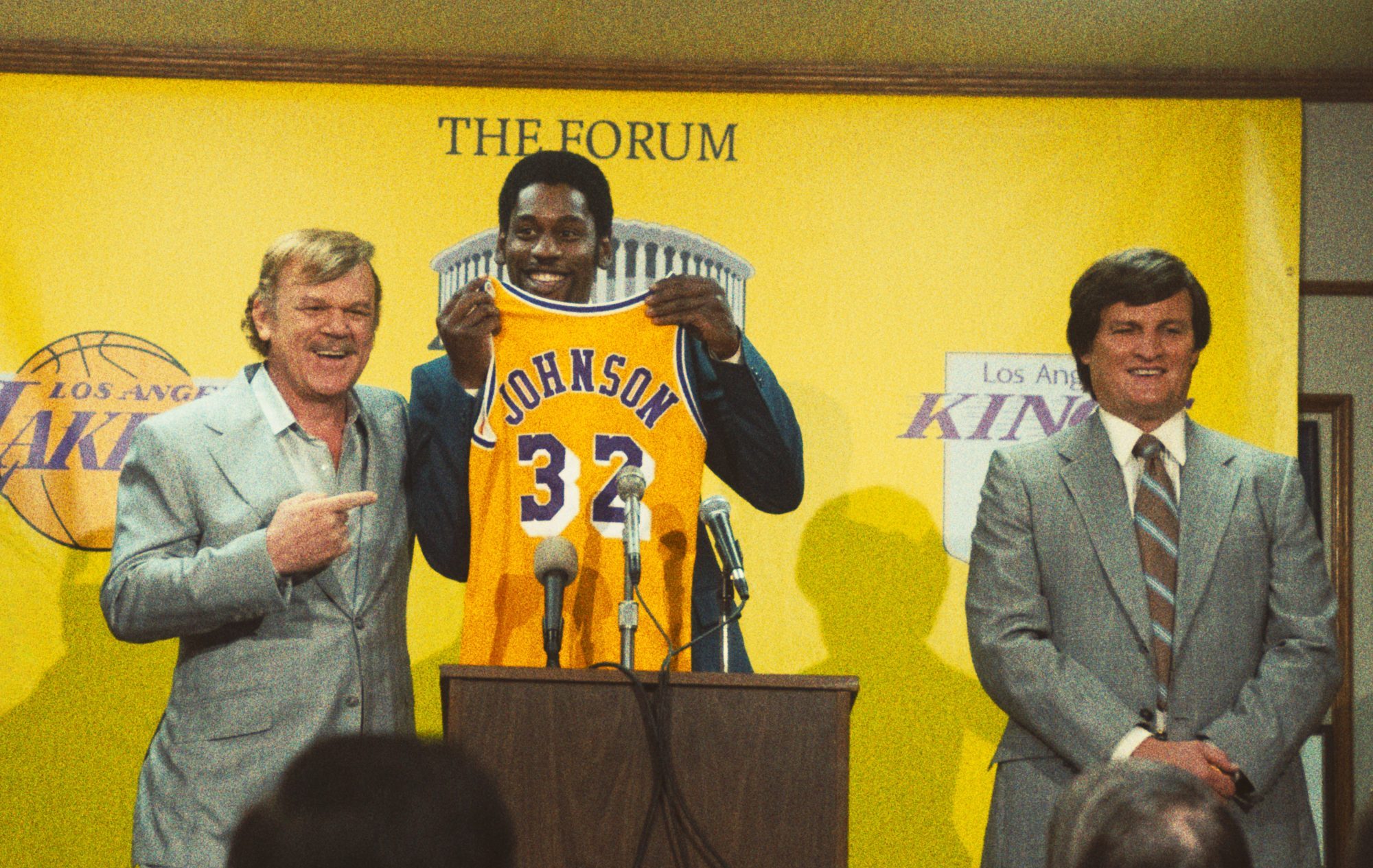 As a Super 8mm camera expert for hire I’m always excited to see Super 8mm used in film and TV.  Across the pond in the US HBO’s new L.A. Lakers Series features tons and tons of Super 8mm footage as you can see from the trailer below.

The footage gives the project a really cool retro look – that perfectly matches the story.

The exciting project follows the fortunes of the L.A. Lakers during the 1980s when the team went on a legendary winning run with five championships from a team filled with larger than life personalities like Magic Johnson.

The TV series (which is exec produced by Adam McKay) wanted a retro look to some of the footage and a lot of the actual games where shot using Super 8mm cameras and Pro8mm film stock.

Pro8mm film stock is high quality celluloid film – repackaged into Super8mm size cartridges and this film is then scanned to the highest quality by the brilliant, friendly and helpful team of Super8mm enthusiasts at Pro8mm in  Bubank CA.

I recently purchased a new camera from Pro8mm and I can’t wait to test it out with some of their remarkable film stock.

If you want a good idea of how Super8mm can help with your production just check out the trailer below for the HBO production – which features John C. Reilly, Quincy Isaiah and Adrien Brody, and really cool ‘retro’ look and feel thanks to the use of Super8mm.