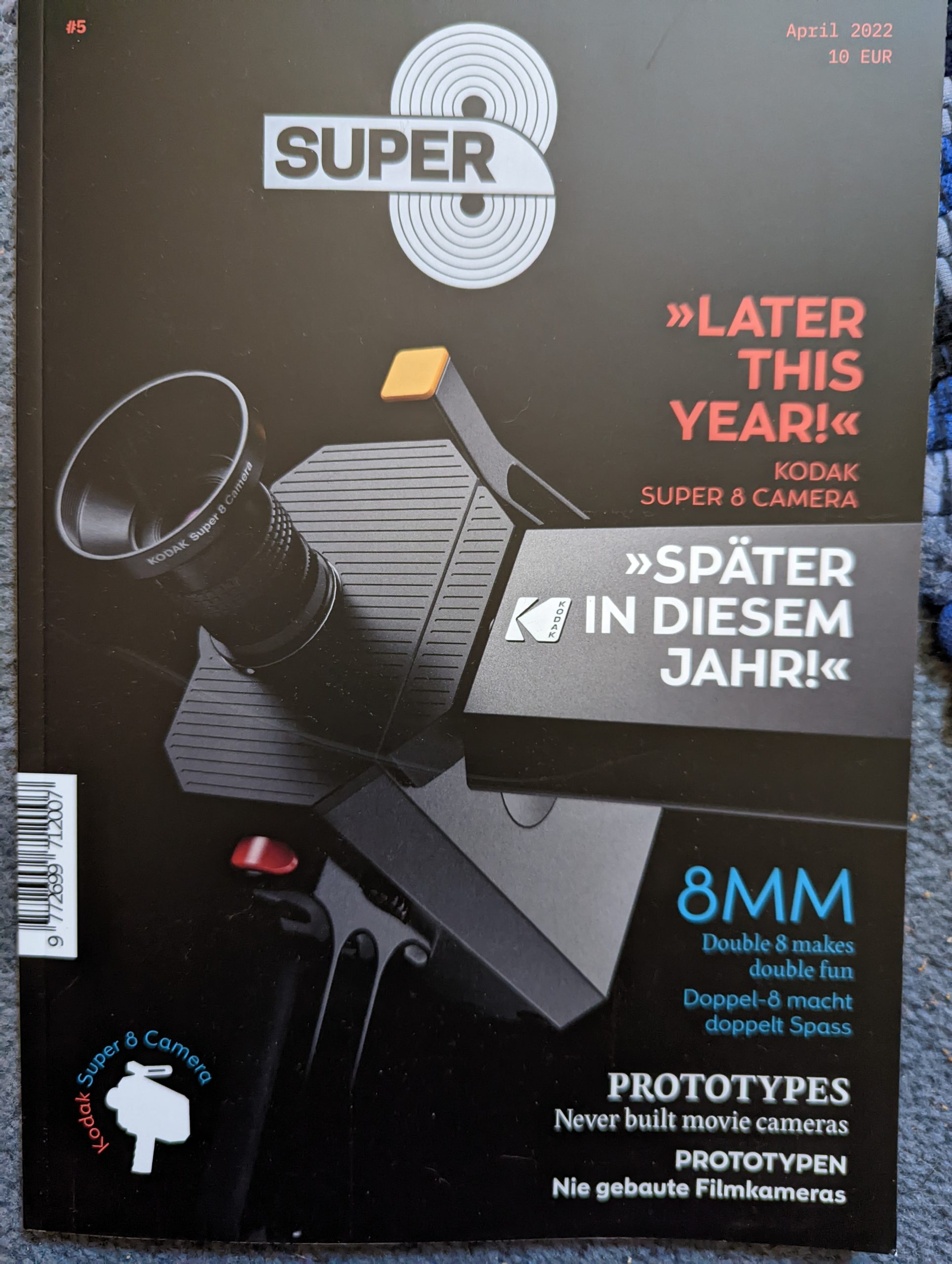 As a Super 8mm camera expert for hire I bought Super 8mm magazine recently – a fabulous magazine written in both German and English – available from www.clickundsurr.de (look under books – you can subscribe and get four issues for around 60 Euros).

This issue of the magazine promised some exciting news about the eagerly awaited new Kodak Super 8mm camera – and the magazine certainly delivered – with a huge, well researched and in-depth article about the history of the new Kodak camera and it’s long, overdue journey to the market.

As frustrating as the wait has been the magazine revealed that Kodak now expects that the camera will be available to buy – sometime later this year.   The price point for the camera (which appears to have a limited run of around 2,000 models) – is expected to be around $2,000 – a big jump from when the camera was first announced with a then price tag $750.

I have to say, despite the price change, I will still do my upmost to purchase one of these cameras – but its not clear yet if the cameras will be on sale in the US market ONLY.

Again, we’re still left waiting by Kodak – but the fact that the story has moved on since its first announcement (which I believe was back in 2016) and subsequent radio silence, is at least encouraging, and of course Kodak has had the excuse of a pandemic plaguing production for the last three years and now, the war in Ukraine affecting the supply chain.

But, the camera is coming it seems…   Let’s all keep our Ektachrome stained fingers crossed.