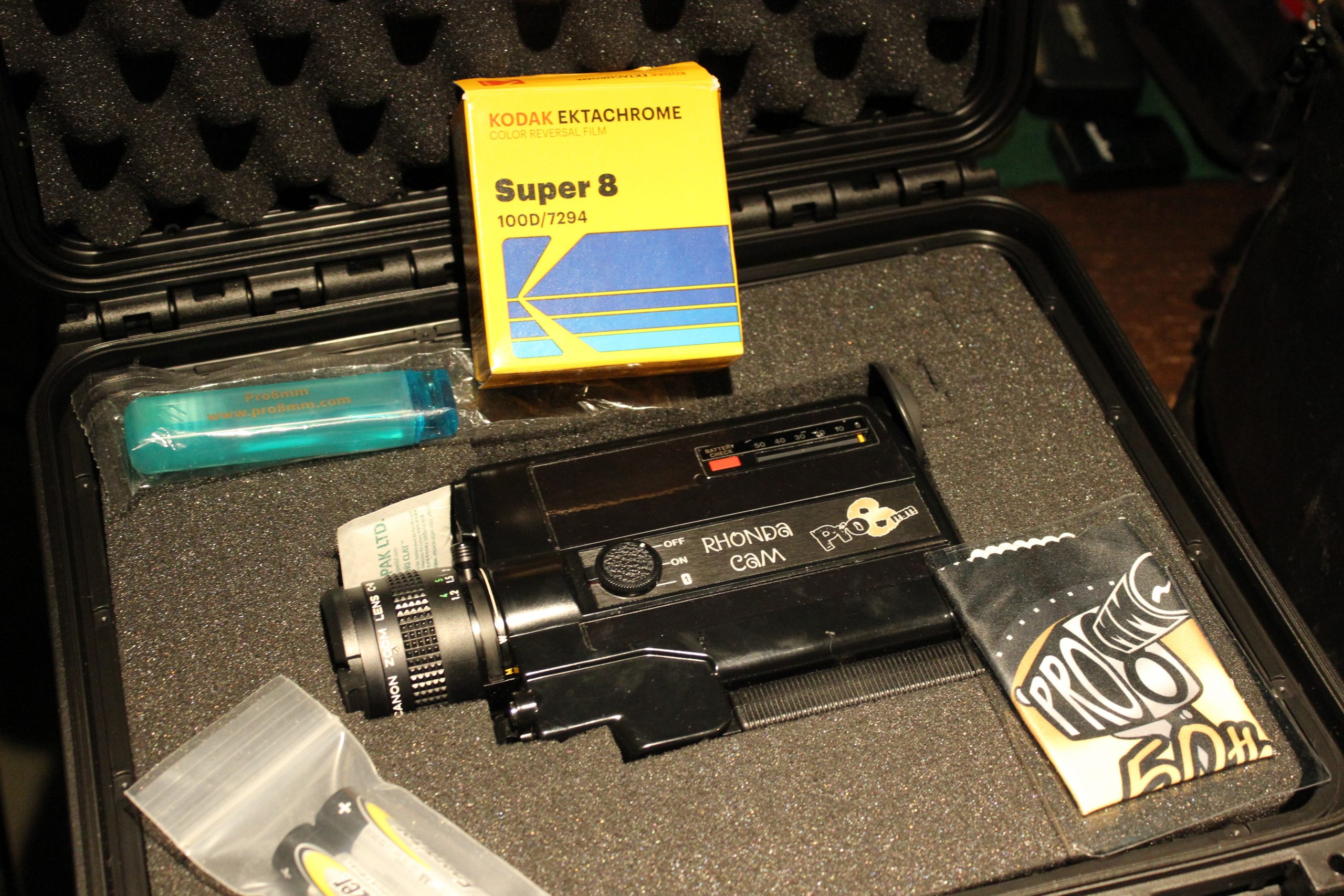 As a Super 8mm camera expert for hire I’m always on the lookout for interesting projects that have used Super 8mm film in an innovative way. These days Super 8mm and Pro 8mm film can be used in all manner of professional film and TV productions – to achieve different effects, and add that very special magic that the 8mm format brings.

Back in the day, making a whole feature film entirely on Super 8mm film was a bit of a mad idea – the actual film stock was very cheap (much cheaper than the widely used 16mm / Super16 and 35mm of course) but it was a bootlace format – an amateur format essentially – a format that professional industry didn’t even consider for full length professionally released feature films.

However, a few crazy kids did make feature films entirely on Super 8mm film. A lot of these films where art house productions – but one film which has gone onto have a bit of cult reputation is still pretty widely seen and available on DVD (where it has benefitted from a better transfer). That film is the cult horror movie The Dead Next Door (1989)

The movie was written and directed by a very young man called J.R Bookwalter – who also edited and the film and did the music too – at some point director Sam Raimi and actor Bruce Campbell (both of The Evil Dead fame) stepped in to help young Bookwalter out with some money and some assistance dubbing the final film.

Riami and Cambell both started out as filmmakers using super 8mm cameras to shoot a mini version of The Evil Dead to tempt investors to hand over money so they could make the film properly. They both must have felt some kinship with young Bookwalter who did (with their help) manage to complete the film and see it released – where as a very low budget zombie flick it picked up a cult reputation.

The trailer can be seen below – and it’s got a great ‘grindhouse’ feel which is entirely down to the Super8mm film stock.

The film apparently took a good few years to complete, and is quite an achievement for a 21 year old kid shooting on an amateur format – and for the most part financing the whole film himself.